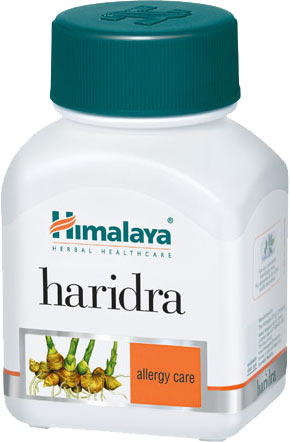 About this item
Haridra (Turmeric/Curcuma longa) is a vital herb in Ayurvedic medicine, whose spice form can be recognized by its dazzling yellow color. The rhizome of the herb, used either fresh or dried, has a host of medicinal benefits. It acts as a carminative and also enhances the complexion and skin tone. Apart from that, Haridra can be used to combat liver damage, respiratory disorders and ulcers.

In a summary of Haridra studies done between 1978-2008, researchers at the Natural Products Research Laboratories, School of Pharmacy, University of North Carolina, noted many of the herb's benefits, saying ‘recent studies on curcuminoids, particularly curcumin, have discovered not only much on the therapeutic activities, but also on mechanisms of molecular biological action’ (Chinese Medical Journal, September 2008, 17;3:11).

Hepatoprotective: The curcuminoids present in Haridra prevent the increase in the liver enzymes SGOT and SGPT which are elevated in the case of liver disease. This validates the use of Haridra as a hepatoprotective drug in liver disorders.

Natural detoxifier: Haridra is a natural blood detoxifier and anti-microbial which helps alleviate skin diseases and enhances the complexion.

Neuroprotective: Haridra’s excellent antioxidant activity renders it a potent neuroprotective herb, helpful in the management of diseases such as Alzheimer’s and Parkinson’s.

Antioxidant: Haridra’s ability to reduce oxidative stress makes it helpful in the management of conditions such as leukoplakia, diabetes mellitus, chronic eye disease and tissue injury.

Surati Spicy Bhel Mix
$3.99
There have been no reviews