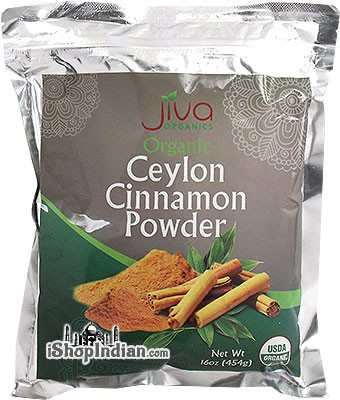 Our Jiva Organics Ceylon cinnamon powder is freshly grounded to insure the highest flavor and quality. Unlike the very strong and spicy taste of the cheaper cassia cinnamon varieties sold in most grocery stores, our true Ceylon cinnamon has a mild, complex flavor with hints of citrus and a subtle sweetness. Imported from Sri Lanka where it is grown. In addition to its positive medicinal qualities, our Ceylon cinnamon is ideal for all culinary uses and makes breads, pies, teas, desserts, etc. truly memorable. Imported directly from Ceylon and sourced from a single farm. Packaged freshly right after grinding to lock in flavor and aroma.

Badri Chatpata Methi Paratha
$4.99
There have been no reviews